PRESS CONFERENCE ON THE EVE OF THE MINSK HALF MARATHON: INNOVATIONS, EXPECTATIONS, PRESENTATION OF MEDALS 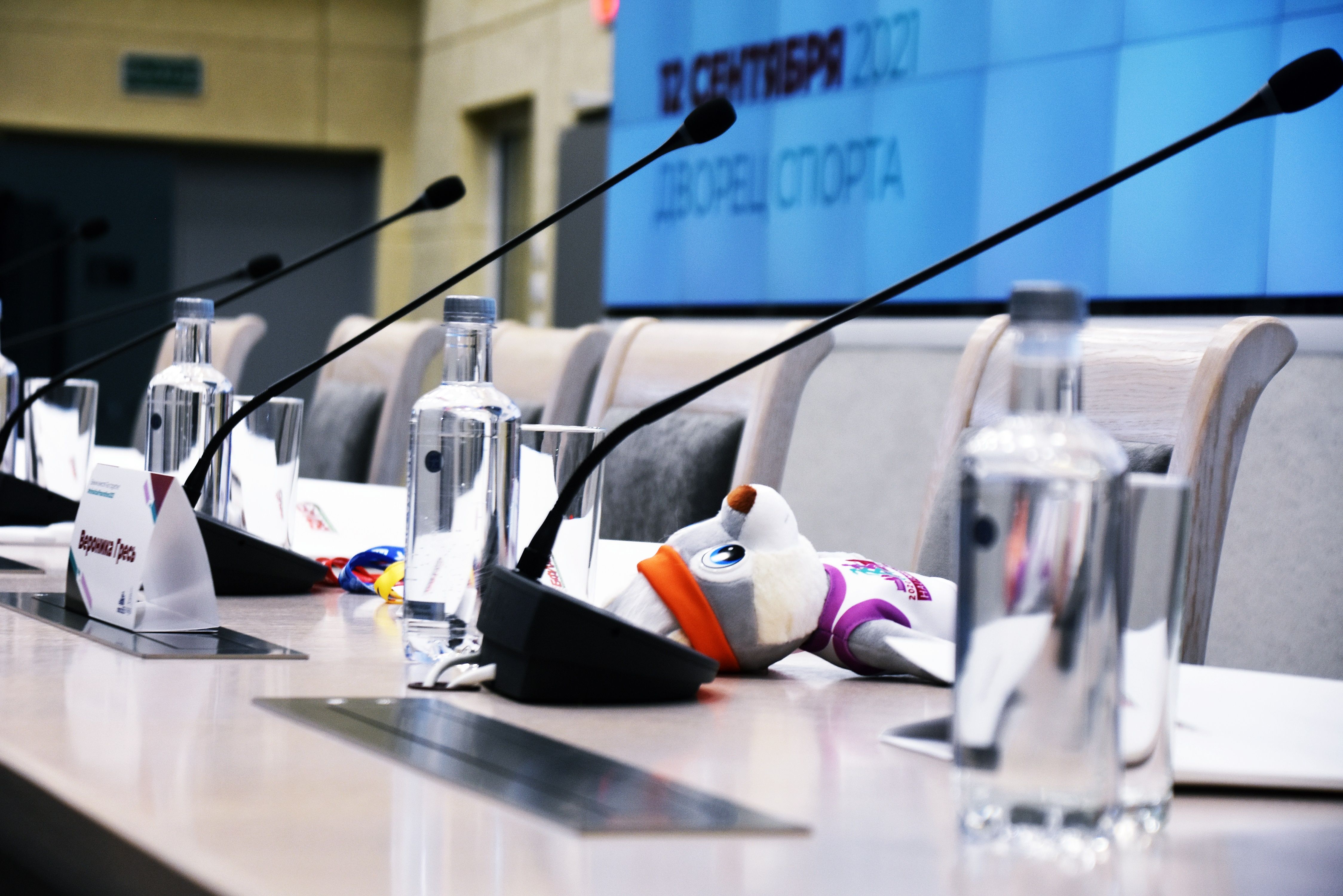 Running community has been waiting for the Minsk Half Marathon for two years! Now less than a month away – on September 12, the most massive race of Belarus will be launched again in the heart of our capital. Today, on August 17, a press conference dedicated to this long-awaited sporting event was held at the Dynamo National Olympic Stadium.

The guests of the event were happy to share their emotions and expectations fr om the upcoming half marathon, and also talked about innovations in the running festival program. The speakers of the press conference were:

Ruslan Voronkov - Head of the Main Department of Organizational Work Planning of the Ministry of Sports and Tourism of the Republic of Belarus;

Maxim Voropai - Head of the Main Department of Sports and Tourism of the Minsk City Executive Committee; 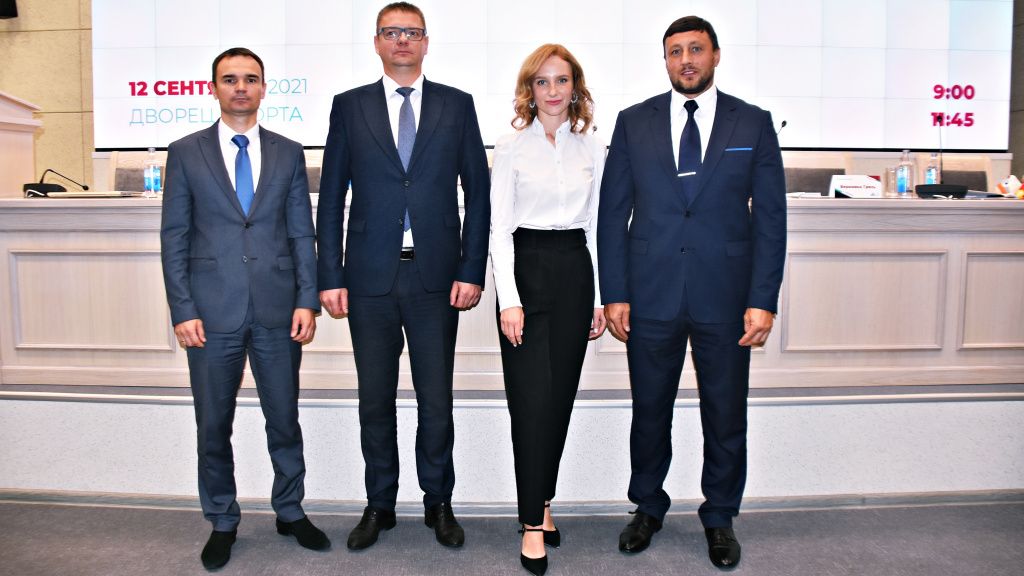 The first speaker was Ivan Tikhon, who greeted all the participants and thanked the partners, without whom the Minsk Half Marathon would not have been possible:

- Good afternoon, everyone, I am glad to see you in this hall today. I am very glad that the Minsk Half Marathon, which we have been waiting for two years, will take place. All the slots registered in the previous year have been transferred to the current one, and this will be the sixth half marathon that we are running together. This sports festival for our running enthusiasts would not have taken place without joint work with the Ministry of Sports and Tourism of the Republic of Belarus and the Minsk City Executive Committee, as well as without our sponsors – JSC "Bank Dabrabyt", JSC "Belaruskali", RUE "National Reinsurance Organization", the Presidential Sports Club, LLC "Autoidea" and other organizations that help us in holding the event. 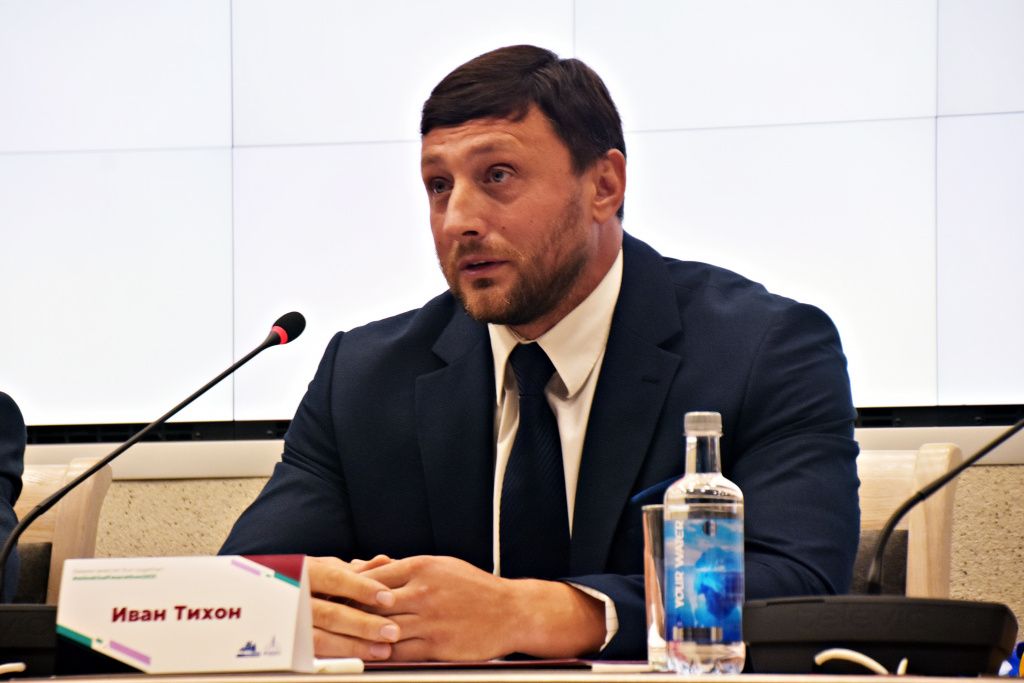 As part of the press conference, the start time of the Minsk Half Marathon was announced. This year it will take place along the old certified course already familiar to experienced participants. According to tradition, the starting and finishing arches will be located opposite the Sports Palace, and the EXPO will work again in the Palova Arena sports complex, which will be waiting for participants and spectators of the Minsk Half Marathon fr om September 9 to 11. Nonresident runners will be able to get their number and pick up the starting package on the morning of the competition day - September 12.

This year, the organizing committee of the Minsk Half Marathon decided to set a lim it for participants. We all remember that in the past years this race invariably became the most massive sports event in Belarus, gathering about 40 thousand athletes, and the starting crowd of participants at the shortest and most popular distance of 5.5 km could not see the end. However, this year only ten thousand people will run along the central avenues of Minsk: 3 thousand will go to the start of the half marathon and 10K, and 4 thousand participants will overcome 5K.

Veronika Gres, who is the coordinator of the event and is as familiar as anyone with all aspects of this competition, shared her emotions from the expectation of the upcoming half marathon: 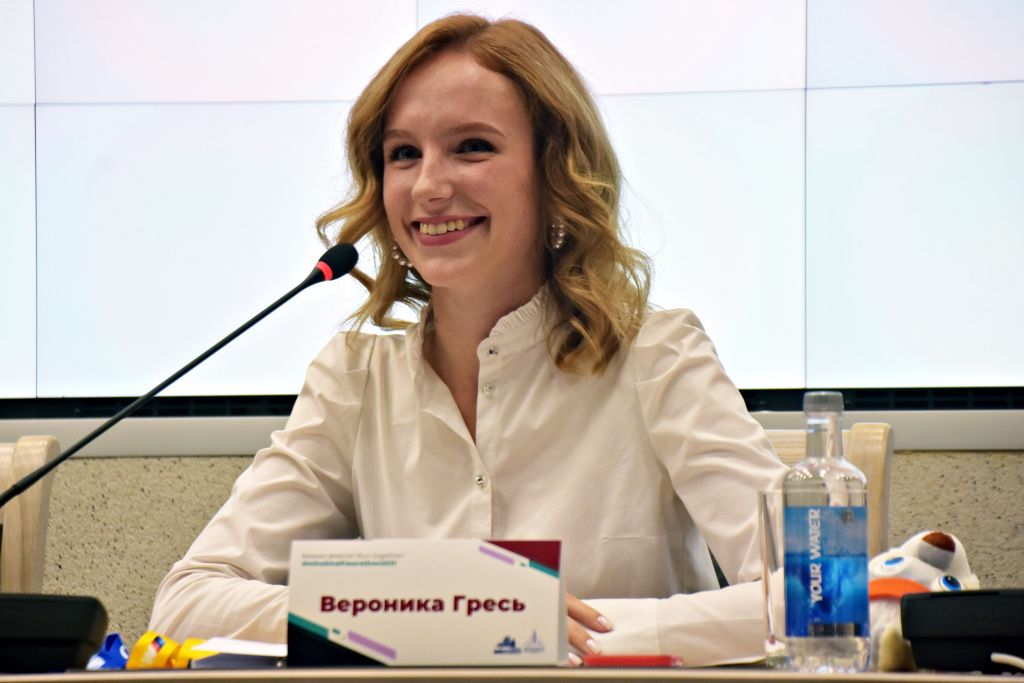 - Like everyone else, I am very glad that the Minsk Half Marathon will take place this year! This is an event that we have all been waiting for, that we all love, and wh ere we all run together, overcome ourselves, achieve our new goals and big peaks.

The Secretary General has shed light on all the innovations that await the participants of the race this year. For the first time in history, the organizers have prepared a Racebook that contains all the information about the Minsk Half Marathon. It will be available in the personal account of each registered runner. It contains all the key points about registration, the issuance of starting numbers, courses, food stations, free training of the #followminsk team and other relevant aspects. 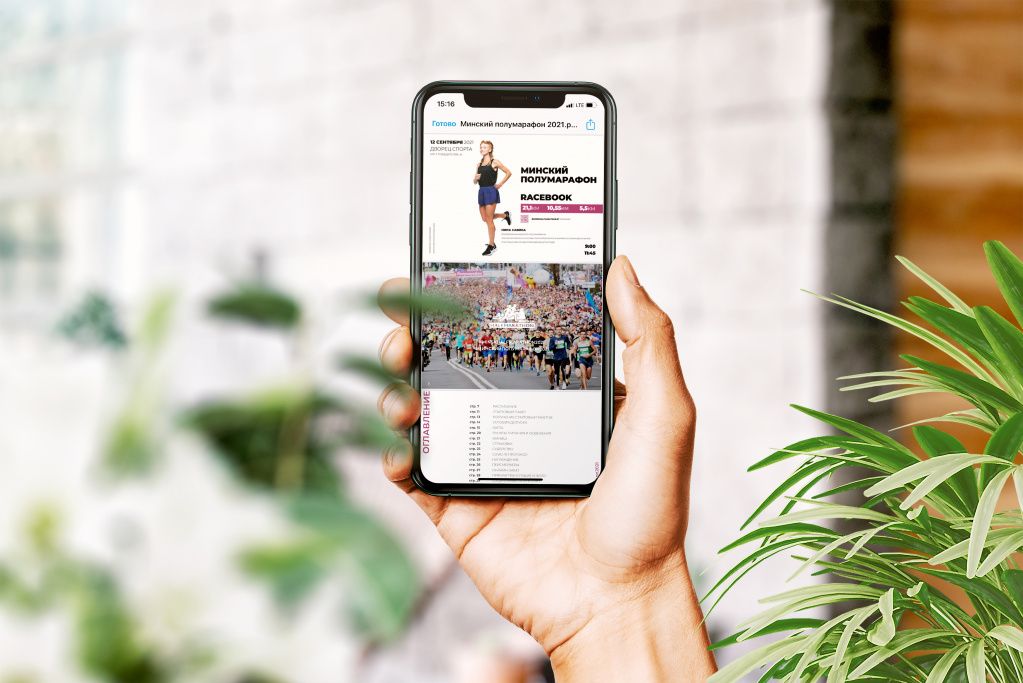 By the way, this year at a distance of 21,097km, runners who want to show a certain result will again be led by pacemakers. But the elite that will compete for the most important prizes this year will be represented exclusively by Belarusian athletes, but we are sure that the level of competition and results will not suffer from this. For example, at the start we will definitely see the record holder of the Minsk Half Marathon, participant of the recent Olympic Games in Tokyo Nina Savina!

At the same time, those who want to become part of the Minsk Half Marathon, who do not have the opportunity to do it in a real format, will not be left out of work! They will be able to join the running event as part of the online run, which will take place from September 1 to 12. To participate, fans of sports and an active lifestyle will need to register on the website of the Minsk Half Marathon and pay the entry fee. You can record the results of your race at any time and in any place using a mobile app, fitness tracker or sports watch, share them on social networks or send them to the organizers' email. After processing all the data, the organizers will send the participants the well-deserved finisher medals by mail.

Maxim Voropai, a representative of the Minsk City Executive Committee, told about the place of the Minsk Half Marathon in the life of the capital, which has already become an important part of the celebration of the City Day:

- The Minsk Half Marathon is a traditional one, and it passes through the main streets of our beautiful, wonderful city. Taking into account the fact that the race will be held on September 12, it is included in the City Day celebration plan, and I think that all residents of our capital and the Republic, athletes from other countries who will participate, will be able to stay in Minsk and enjoy the events that will be held there in the evening. I want to say that the Minsk City Executive Committee has fully joined in helping together with the Belarus Athletic Federation and the Ministry of Sports and Tourism to organize and conduct this mass sports event.

Ruslan Voronkov, a representative of the Ministry of Sports and Tourism of the Republic of Belarus, told about the sports component of a bright, colorful, beloved by many running event: 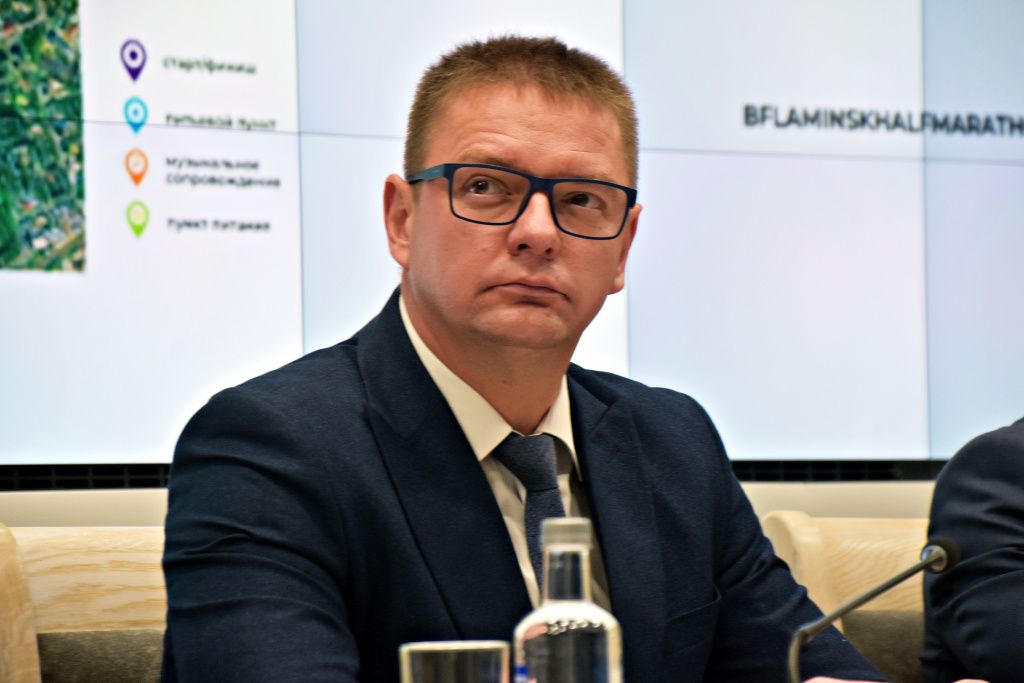 - The Minsk Half Marathon is a very significant event, and I hope that one day we will run through the streets of the capital the marathon distance. Unfortunately, the pandemic made its own adjustments and our holiday did not take place last year. However, during the period of its holding, the race rapidly gained the number of participants, as well as foreign representation. If 16 thousand participants ran the Minsk Half Marathon in 2015, then in 2019 there were already 40 thousand of them from 68 countries. I would like to note that the initiative of the city of Minsk has found its continuation in other regions of our country. We have already become traditional half marathons and races in different cities, very interesting trail races are gaining popularity throughout Belarus throughout the year, in which sports fans from young to old take part. And we, in turn, invite everyone to take part in these events.

Also during the press conference, medals were presented, which all finishers will receive after overcoming the distance, T-shirts (in the photo - the female version, the male version is made in orange) and the mascot of the Minsk Half Marathon, the hare Derzaika, who "changed"its clothes, which two years ago became an integral part of both the sports festival itself and many other events held by the Belarus Athletic Federation. 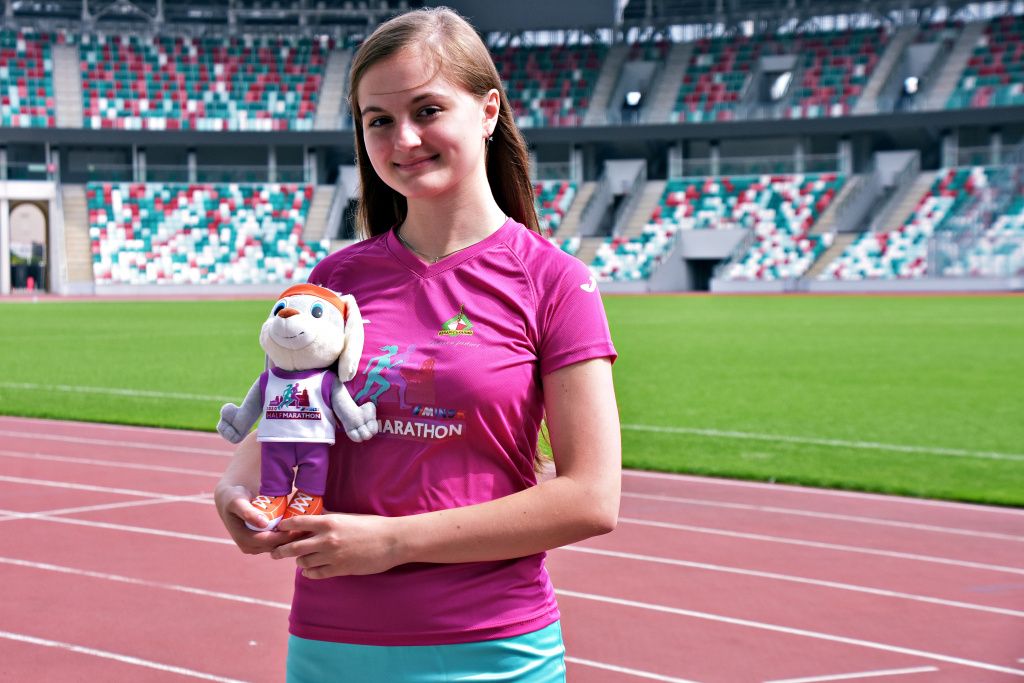 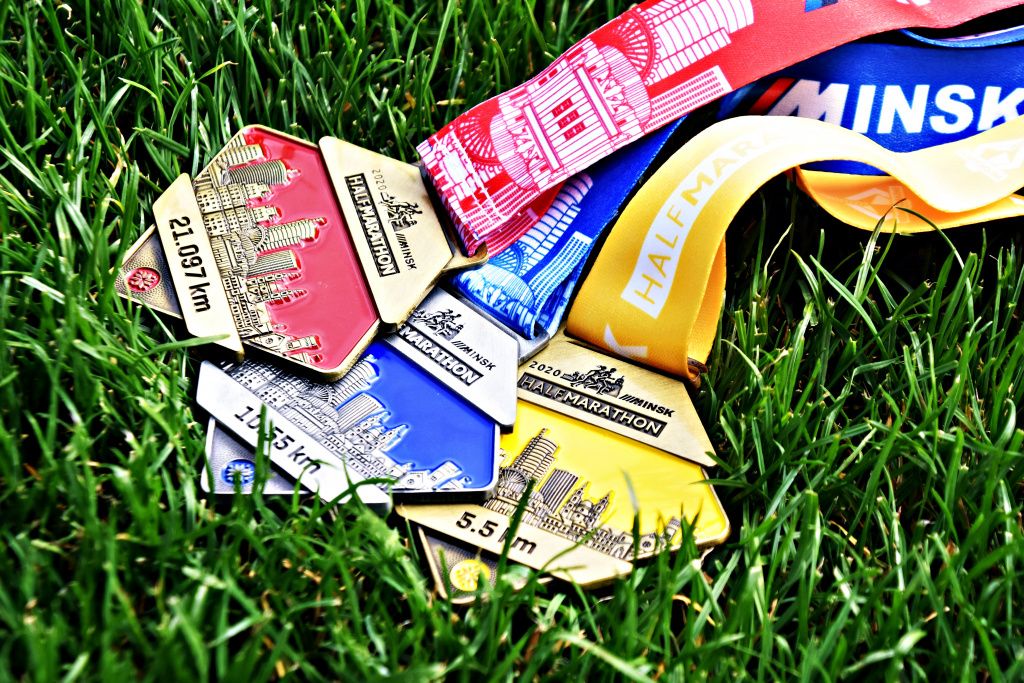 By tradition, at the start of the Minsk Half Marathon, the star team Dream Team will also appear, bringing together successful famous people, artists, presenters, athletes, businessmen who invariably find time for sports in their busy work schedule. About two weeks ago, the team got together again and is now actively preparing for the start. We also tell you about their training on the vastness of our official website.

Separately, during the press conference, representatives of the organizing committee of the Minsk Half Marathon called on all its participants to observe the sanitary and epidemiological regime and stay in areas of mass congestion of people wearing masks. After crossing the start line, when the distance between the participants stretches to a safe distance, runners will be able to remove their personal protective equipment. In the conditions of the coronavirus pandemic, it is very important to take care of your health and the health of others!

The motto of the Minsk Half Marathon remains the same and reads: "Run together"! Sport is a force that unites people of different ages, genders, professions and nationalities. We are very glad that this year the most massive, bright and beautiful race of our country will return to the streets of the capital and once again gather a friendly running family! If you haven't registered yet, now is the time to do it on the website of the Minsk Half Marathon. After all, as the well-known expression says: "Do you think to run or not? Run! You'll think on the way."